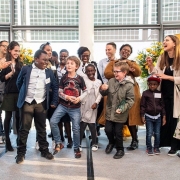 Restorative justice allows those affected by all forms of crime to explain to the offenders the impact their criminality has had on them. It gives victims a voice. The damage caused by the sexual abuse of children is incalculable. The practice of restorative justice emerged in various countries as a way of dealing constructively with those legally or morally responsible for the abuse. It can aid victims of abuse in their recovery, but also the rehabilitation process for offenders.

The Ministry of Justice defines restorative justice as “the process that brings those harmed by crime, and those responsible for the harm, into communication, enabling everyone affected by a particular incident to play a part in repairing the harm and finding a positive way forward.”

According to the Ministry, there are numerous processes of restorative justice, including:

Today four main types of child abuse are generally recognised including (1) Physical Abuse (2) Emotional Abuse (3) Sexual Abuse (4) Neglect.  According to the NSPCC sexual abuse is defined as (but not limited to) the following:

The Office for National Statistics estimates that 3.1 million people aged 18-74 were sexually abused in childhood. The use of restorative justice with victims of child sexual abuse is much debated. People point to the dangers of re-victimising the victim, others point to the benefits of empowering the victim (Penal Reform International, 2016). Taking this into consideration: How beneficial is restorative justice in addressing child sexual abuse?

One noticeable benefit is that it provides a valuable context and rich insight into the circumstances of both victims and offenders. The restorative process shines a beacon on the issues and vulnerabilities the offender is facing (Catch 22, 2020). Child sexual abuse isn’t limited to geography, social class, religion, culture or ethnicity. There are several deeply rooted, complex and interrelated societal factors that can contribute to sexual abuse. Research demonstrates that social problems such as domestic violence, substance misuse and poverty can play a factor in the facilitation of abuse (Child Welfare Information Gateway, 2004). Knowledge like this helps victims to understand what led that person to crime. In a randomised trial Victims First, highlight that restorative justice provides an 85% victim satisfaction rate. For many victims, meeting the person who has harmed them can be a huge step in healing and recovering from the crime.  They demonstrate:

In reverse, the offender begins to see the impact of their actions on the lives of their victim. Child sexual abuse has numerous potential consequences that can last a lifetime and span generations, with serious effects on health, education, employment, and the economic well-being of the individual (Media Kit on Sexual Assault, 2020).

The Restorative Justice Council note that restorative justice has been shown to help reduce re-offending by 14%.

Taking this into consideration restorative justice can be highly beneficial as long as victims’ needs are placed at the forefront and securing redress remains the central objective.

Anxiety and Depression in Isolation

The Shadow of COVID-19
Scroll to top
Page Reader