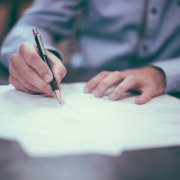 We write on behalf of the Restorative Justice for All International Institute (RJ4All), a charitable NGO with a mission to advance community cohesion and human rights. Since our inception, RJ4All has carried out numerous Violence Against Women (VAW) programmes, and through the evidence that we have collected we wish to add our support to the views and findings of the recent Report on the Decriminalisation of Rape as well as other academic evidences on the matter including our own such as:
• Gavrielides, T. (2019). Collapsing the criminal labels of domestic violence: A social and restorative justice approach, London: RJ4All Publications.
• Gavrielides, T. (2018). Human Rights and Restorative Justice, London: RJ4All Publications. ISBN 978-1-911634-00-3.
• Gavrielides, T. (2018). Equality Matters for Restorative Justice, London: RJ4All Publications. ISBN 978-1-911634-03-4.
• Gavrielides, T. (2015). “Is Restorative Justice appropriate for Domestic Violence cases?”, Social Work Review, XIV, nr. 4/2015, pp. 105-121
• Gavrielides, T. and V. Artinopoulou (2012). “Violence against women and restorative justice”, Asian Journal of Criminology, Volume 8, Issue 1 , pp 25-40 ISNN 1871-0131.
• Gavrielides, T. (2017). “Structured & Unstructured Restorative Justice: The case of violence against women” in Halder, D. and Jaishankar, K. (Eds). Therapeutic Jurisprudence and Overcoming Violence Against Women, Pensilvania: IGI Global Publications.
RJ4All has often pointed out its concerns in relation to the proper functioning of the criminal justice system and its various agencies. We are particularly concerned in relation to carrying out consistently their legal functions in relation to the investigation and prosecution of rape. Protestations have been made to the contrary, but figures and the testimony of survivors do not lie.
We have long advocated for the empowerment of survivors to represent their own needs and reach their own outcomes through restorative justice. In the current situation the Criminal Justice agencies (the CJS) actually prevent this from happening – they do not deliver just or positive outcomes and as currently constituted they fail victims of rape in particular. We are also currently carrying out a VAW EU funded programme https://www.achance4change.eu/ which we would be keen to present to you.
When state agencies fail so fundamentally it becomes critical for Government to take action. Legislation is needed. A Victim’s Law has been years in the waiting and RJ4All has expressed its concerns on a number of occasions. We refer you to some examples of the evidences we have presented on the matter:
• Gavrielides, T. (2017). “Collapsing the labels “victim” and “offender” in the Victims’ Directive & the paradox of Restorative Justice”. Vol 6 International Journal of Restorative Justice, p. 368-381.
• Gavrielides, T. (2015). “The Victims’ Directive and What Victims Want from Restorative Justice”, Victims and Offenders Journal, DOI 10.1080/15564886.2014.982778
The time has come to legalise victims’ rights. The Victims’ Code is not enforceable and is not complied with. The role of the Commissioner for Victims and Witnesses (V.C.) needs to be enhanced as a matter of urgency and in line with the recent report into the “Constitutional Powers of the Victims’ Commissioner for England and Wales.” We advocate for the following measures:
• Legal Representation for victims: There is a pressing need for victims to have access to proper legal representation, both in cases of public interest and to enforce victim legislation and regulation. The status of the victim in court as a merely a witness for the Crown is archaic. Ask any woman who has been raped whether she regards herself as not being a legal “party to the proceedings?”
• Right of Address: We advocate for the law to be changed so that victims have the right of address in court, especially in certain circumstances where their character and evidence are challenged as being perjured, or where the allegations made against them may place them at risk.
• Civil prosecutions: As an interim solution, victims should be enabled to pursue those cases set aside by Police and CPS in the civil courts. Victims should have the ability to bring their case to court, and to a conclusion, in a timely manner.
• The Role of the Victims’ Commissioner should be enhanced in line with the recent report into the “Constitutional Powers of the Victims’ Commissioner for England and Wales.” Especially in relation to powers to enforce compliance with relevant regulations and also to receive and direct complaints.
• The role of restorative justice as an educational and prevention tool will need to be revisited with genuine intentions. We have evidence to believe that previous government attempts to promote restorative justice were based on the wrong premise following false assumptions and promises. A wider and more inclusive engagement with restorative justice practitioners working in the community and not only through top down institutions will need to take place.
We will continue to use our research and community-based projects to empower and protect victims. RJ4All would be keen to engage with your Department to take these recommendations forward.
Best wishes,
Ben Lyon
Chair of the Board
Dr. Professor Theo Gavrielides
Founder & Director
Gabrielle Brown
RJ4ALL Board Member
Download the letter here
17th December 2020/0 Comments/by admin
https://www.fredcampaign.org/wp-content/uploads/2020/12/scott-graham-OQMZwNd3ThU-unsplash-scaled.jpg 1709 2560 admin http://www.fredcampaign.org/wp-content/uploads/2019/08/FRED21header.png admin2020-12-17 10:02:022020-12-17 10:10:00OPEN LETTER: The Decriminalisation of Rape & Restorative Justice
0 replies

Learning to look back: A personal thank you