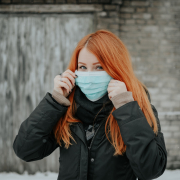 For everyone, the world has changed somewhat from how we knew it just five months ago. Our focus, not just individually but globally, has been abruptly switched from a milieu of issues to the pandemic of COVID-19. While many of us switch gears, slow down or take up new battles against this deadly virus, we are in danger of forgetting that the societal issues we were discussing just five months ago, are still there. Although many of these could now be left to languish in the shadows of the largest public health crisis for a century. As issues in the UK, such as an underfunded national health service come to the fore, others such as child poverty, domestic abuse or social inequality are exacerbated, but struggle for prominence. Around the world, wars, such as those in Yemen and Syria continue. Pro-democracy activists are quietly tucked away in Hong Kong and China, while the international community is distracted. As a public mental health crisis and economic recession loom on the horizon, we watch many neo-liberal leaders in western democracies, who previously told us that there is no magic money tree; now pour billions into starved public services and floundering economies. It’s of crucial importance at this time, that we all focus our efforts on fighting COVID-19. However, it is also important that we remain vigilant and remind those in power of potentially marginalised communities and issues that could be easily subsumed. Prior to the COVID-19 outbreak, it was reported by UK charities such as Refuge, that up to two women a week are killed by a partner or former partner in England and Wales, when citing data published by the Office for National  Statistics (ONS) for April 2018 – March 2019[1]. Since lockdown conditions came into effect in March 2020, there have been increased calls for further provision to be made available for refuge services, and those fleeing domestic violence (DV). These calls have coincided with a spike in the reported incidence of DV[2] and an understanding amongst many agencies supporting affected families that public holidays, and periods of time when families are home, can precede a rise in such reports. It is estimated that since 2010, austerity has caused one in six refuges to close their doors[3]. It is arguably only now that the tragic lack of funding in this area is being realised. The government’s recent announcement of an emergency funding package worth 750 million for frontline charities is welcome, but for many organisations in this sector that are already under-resourced, the economic pressures are truly being felt. It is also worth noting here the current rates of child poverty in the UK. According to a report published by the Social Metrics Commission in July 2019, an estimated 4.6 million children in the UK live in poverty[4]. In the current climate, with support services reduced and initiatives such as free-school-meals suspended, there is a potential for these figures to increase. With rising unemployment and instability that will affect many, we will see those with the least economic resilience hit hardest. These issues and others like them were apparent before the pandemic and will continue to be during, and afterwards. Further consequences to vulnerable communities as a result of COVID-19 and the lockdown could potentially be moderated by ensuring that they do not fall from public consciousness.