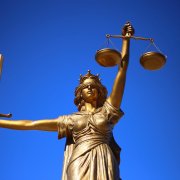 When people envision restorative justice (RJ) it is most often seen as an alternative to the current punitive system. However, RJ practices and philosophies are applicable outside of this system and can even help to reduce the number of criminal incidences in the future. This blog outlines the case for adopting restorative values in everyday life in order to create a mentality and culture underpinned by this ethos. 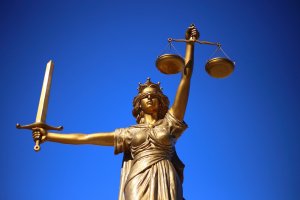 In all facets of today’s society, the immediate response to any wrongdoing is to punish the wrongdoer. This can range from being grounded at home, expulsions in schools, and suspensions at work. However, this authoritarian approach is often just reactive and does little to prevent further occurrences of wrongdoing. This is because this process reduces the involvement of the offender, by doing things to them rather than with them, failing to hold them fully accountable (Watchel, 1999). In contrast, RJ brings offenders and victims together to condemn the offense without attacking the individual. By separating the wrongdoer from the act, RJ provides a resolution that establishes control (like in punitive responses) while offering support to the individual (Watchel, 1999). Such supportive environments help to restore harm done, re-establish relationships and build a stronger sense of community, which allows individuals to re-integrate into society therefore reducing the number of harmful acts (Morrison, 2002).

There is research suggesting that the high number of incidences in schools is due to a lack of belonging and community feel (Mirsky, 2003). As schools become more crowded and put more emphasis on grades, students feel less connected to members of the school, which allows for selfish acts to occur more readily. And when they do happen, students are met with punishments like lecturing, detentions, and expulsions. However, studies have found these methods to be less effective at deterring bad behaviour than restorative practices (Watchel, 1999).

According to RJ, the primary aim of school rules is to protect students and staff and to ensure fairness. This means that offending behaviour should be seen as a violation of human relationships, rather than just rules being broken (Hopkins, 2002). This perspective puts the focus on restoring the broken relationship by allowing communication between wrongdoers and those affected. This is more likely to result in a sincere apology and changed behaviour as the wrongdoer has to face the impact of their actions. Empowering students and staff to engage in this process helps to foster the sense of community that schools currently lack. This connectedness helps to create a shared sense of responsibility and accountability, which is much more likely to deter misbehaviour.

In the U.S., Palisades High School implemented restorative practices and found it had many benefits (Mirsky, 2003). Not only did it reduce the number of disciplinary referrals, it also facilitated positive and collaborative relationships between students and teachers. Moreover, this environment of support enabled students to perform better academically. They found that the best way to practice RJ was to use informal restorative practices often, rather than formal RJ methods as a reactive measure.

Restorative practices can also be used to create better communities for youth living in residential care. Studies have found that children in the care system have a greater probability of having a criminal record than children living at home with a parent or guardian (McCarney, 2010). One of the reasons for this difference, is that parents are much more likely to deal with offenses privately at home, whereas offenses in residential care more frequently involve the police. When police are called to neutralise the situation most cases end in arrest. It is especially important to ensure youth in care do not enter the criminal system as existing punishments may not be enough to discourage reoffending. These youth, who feel they have lost everything already, may not see custody as much of a deterrent (McCarney, 2010). Instead, RJ can help to prevent these young people entering the criminal justice system, thus reducing the huge disparity.

Three years after the introduction of restorative practices in young people’s residential units, Hertfordshire County Council found a 23% decrease in police callouts (Littlechild and Sender, 2010). The young residents reported having a higher quality of life due to the improved relationships with staff and other residents. They also stated greater empathy and responsibility to others due to improved social capital. Furthermore, the findings showed an improvement in the young people’s conflict resolution skills and anger management. Similar to RJ in schools, RJ in this setting is most beneficial and effective when used immediately in an informal manner, due to the intimacy of the relationships. This again shows the need for RJ as a systemic and cultural shift rather than as a response.

Leading by example, we can assist in normalising these practices, helping to shift the current individualistic culture to a society with a shared sense of belonging and responsibility. Doing so will help alleviate the need for more formal RJ practices and reduce the number of conflicts further down the line.

Littlechild, B. and Sender, H. (2010) The Introduction of Restorative Justice Approaches in Young People’s Residential Units: A Critical evaluation https://restorativejustice.org.uk/sites/default/files/files/The%20introduction%20of%20restorative%20justice%20approaches%20in%20young%20peoples%20residential%20units%20a%20critical%20evaluation.pdf

The importance of young voices